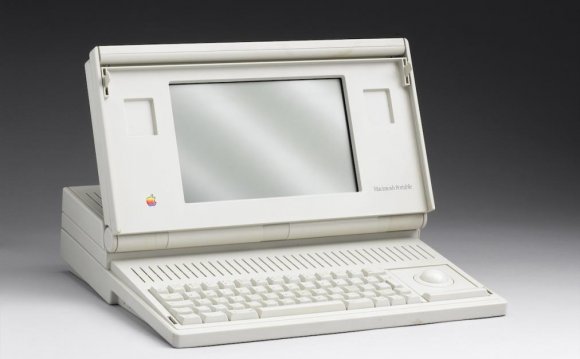 Twenty-five years ago Saturday, on Sept. 20, 1989, Apple released its first “portable” Macintosh computer — and “portable” belongs in quotation marks, because Sisyphus might as well have been made to lift this thing up a hillside for eternity.

Coming in at a hefty 16 pounds — that’s more than five MacBook Airs, and about four of IBM’s rival product at the time — Apple’s Macintosh Portable had a price tag to match its weight: $6, 500 got you the machine, loaded with super-modern features like an “active-matrix screen” and a “cursor-control device called a trackball, ” as TIME described it in the Sept. 25, 1989, issue. The computer could also only run on a wall outlet when batteries were installed, unlike desktop computers.

“Apple is taking pains to call the machine a portable rather than a laptop, but computer industry wags have already dubbed it a ‘luggable, '” reads TIME’s article about the Macintosh Portable, revealing that tech writers’ penchant for adorable nicknames (“wearable, ” “phablet” and so on) is well-rooted in our trade’s history. “Even so, experts believe the Mac is likely to be a walkaway success.”

Correction: The original version of this post incorrectly stated the power needs of the original Macintosh Portable.