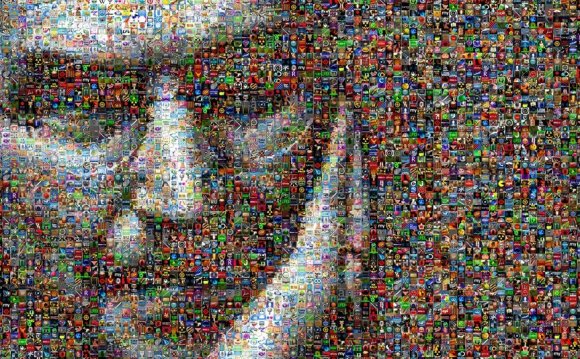 Steve Jobs likened himself and his employees to artists; he deployed his mercurial personality in the ruthless way that artists sometimes do. He cared about his products the way that artists care about their art. Was it all just marketing? Credit Photograph by Justin Sullivan / Getty

There are a lot of great arguments in the new film “Steve Jobs, ” but one stands above the rest. Jobs and Woz—Steve Wozniak, the co-founder of Apple—are in the garage, disagreeing about the design of the Apple II. Jobs thinks that the computer should be sealed up and impossible to modify; Woz thinks it should be open and expandable, so that hobbyists can tinker with it. Jobs says that a computer should be perfect, like a work of art. Woz says that’s ridiculous. Jobs tells Woz, “Every time you say, ‘A computer is not a painting, ’ I’m going to say, ‘Fuck you.’ ” Then, we flash forward more than a decade, to 1988. Jobs and Woz are backstage, and Jobs is about to unveil the first computer from his new company, NeXT. The computer is a beautiful cube that’s impractical, expensive, and doomed to fail. “A computer is not a painting, ” Woz intones. “Fuck you!” Jobs replies.

That argument is fictional (although Jobs and Woz did, in fact, disagree about the expansion slots in the Apple II). Still, it gets to the heart of one of the most fascinating questions we can ask about Jobs. How, and to what extent, was he an artist? His company developed and sold beautifully made computers and devices while name-checking, in its advertising, artists like Pablo Picasso, Alfred Hitchcock, Ansel Adams, and Miles Davis. Was that comparison unwarranted? Or did Jobs, through his work, become like one of the artists he so admired?

“Art” is a capacious term. We typically imagine artists to be solitary people creating art by hand. But many artists work in more expansive, disembodied ways. We all recognize that film directors are artists, even though, in its substance, the work of directing often involves the management of teams and budgets on a corporate scale. Jeff Koons employs a hundred and fifty people, and the art works those workers create, at his direction, sell for tens of millions of dollars. Clearly, a vast distance separates Koons’s studio from the world of high-tech device manufacturing, but—at least in theory—the difference could be one of scale rather than kind. If a giant sculpture built to order by a team of employees can be a work of art, it’s at least possible that mass-produced computers could be art works, too.