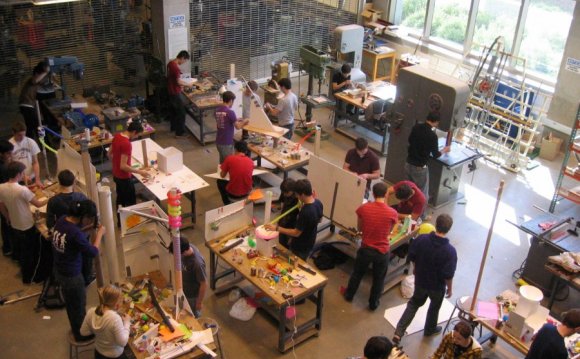 "It's great if the ultimate result was to be a graphic image, that's fine, " he said. "But how on earth can you do that if what you're responsible to produce is a three dimensional object?"

Ive was speaking in conversation with Design Museum director Deyan Sudjic at an event attended by a number of the UK's leading designers, including Ive's friend – as well as Terence Conran, Ron Arad and John Pawson.

Although he said that students were being taught to rely too heavily on computers, the British-born designer said that he didn't expect designers to abandon digital tools.

"We use the most sophisticated tools that we can to help us model and to help us prototype. I'm not saying you've got to prototype everything using a coping saw, " said Ive.

Ive studied industrial design at Newcastle Polytechnic (now Northumbria University) in the 1980s, later moving to California to join Apple in 1992. His comments come in the wake of a series of design course closures in Britain that have been attributed to the costs associated with facilities needed for making physical objects.

In February, Bucks New University revealed it was closing the UK's leading furniture design course, while Falmouth University in south west England shut down its "costly" and "space-intensive" Contemporary Crafts degree earlier this month in favour of more computer-based courses.

"We've tried very hard to be very clear, and this is absolutely sincere, that our goal at Apple isn't to make money, " he said.

"We're not naive. We trust that if we're successful and we make good products, that people will like them. And we trust that if people like them, they'll buy them. Operationally we are effective and we know what we're doing and so we will make money. It's a consequence."