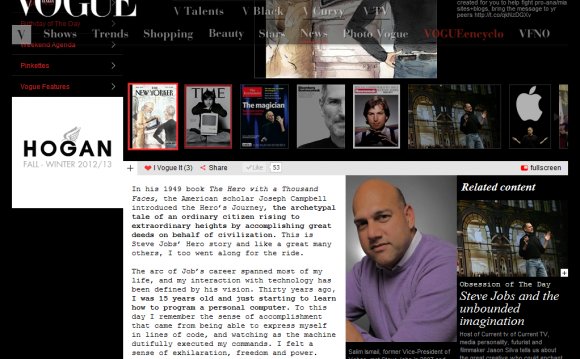 Daniel Kottke, a college friend of Jobs' and one of Apple's first employees, says it was basically an accident that he revealed one of Jobs' biggest secrets to the world: the fact that Jobs had a daughter, Lisa. According to Kottke, Jobs was furious.

That's the reason they stopped speaking and one of the central plot points in the new movie "Steve Jobs."

Kottke, who worked in the Apple garage testing circuit boards, lived with Jobs and then-girlfriend Chrisann Brennan in the summer of 1976. The friendship stemmed from their time at Reed College, where Kottke says he and Jobs used to study spirituality and experiment with LSD, before moving to Palo Alto and building computers.

Years later, in 1983, Jobs authorized a book about himself and Apple's creation. He gave the writer, Time Magazine reporter Michael Moritz, access to many of the people who were at Apple in the early days, including Kottke.

The comment became an important part of a Time Magazine article released in conjunction with Moritz's book, and an insurmountable obstacle in the friendship between Kottke and Jobs.

Kottke says Jobs threatened to fire him in front of at least a dozen members of the Mac team for violating his privacy. Kottke left Apple a year later, in 1984.

For Kottke, the rift actually started years earlier. In 1979, before Apple went public, Kottke says Jobs declined to give him any shares of the company. Kottke was a technician, and technicians were ineligible for stock options. Ultimately, Kottke says, Apple's other cofounder, Steve Wozniak, gifted him a small amount of Apple stock.

Kottke says the memory of the fight is still painful.

"Steve treated me badly - it was traumatic in my life, but I was also very happy to work at Apple, " he said, "Would I do it all over again? Well that's a complicated question."

Apple and Steve Jobs have long been champions for Gay Rights